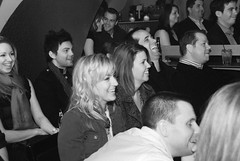 For many marketing organizations, determining price is the most challenging of all marketing decisions. The reasons are many, but often it comes down to the difficulty marketers experience in trying to determine what people are willing to pay for the value they derive from consuming a product. While the struggle with price vs. value is at the top of the list when marketers try to figure out what to charge, it is not the only issue they face. Another is whether to design a pricing strategy that is far different than what is customary in the industry and, if they do, how will it be accepted.

For example, for over 50 years, with the exception of music released as a single, most music was sold on an album pricing model rather than an individual song model. That is, if fans wanted an artist’s music that was not a single, they had to purchase the full album whether or not they liked the other songs they were receiving. This model began to change when music publishers found Internet sites, such as Napster, uploading songs without publishers’ permission. Once publishers researched customers’ download preferences, they switched to a customer-friendly pricing model that allows for the purchase of individual songs.

While market forces drove the change in music pricing, other examples show that companies within an industry are the key drivers in changing how pricing is done. For example, airlines have figured out that all seats in a plane are not equal and they now charge more for seats that are located more forward or have slightly more leg room, such as seats in exit rows. While this model is used by nearly all airlines, customers are much less receptive to this pricing compared to music pricing.

Most changes in an industry pricing model, whether customers like or dislike the model, starts with one company trying something new and if successful others will adopt. What may be an example of a new pricing model, that if successful could be adopted by others in the industry, is discussed in this story from Time about an experiment at a comedy club in Spain. Nearly every comedy club in the world charges customers a single price to attend a show, though some may adjust this somewhat based on seat location. However, this club is experimenting with a method where they will charge based on how much a customer laughs. The number of laughs is calculated with facial recognition technology tracking customers’ reactions. Thankfully, for customers who experience an excellent comic, there is a cap on what can be charged.  But for the poor comics, who struggle to please an audience, this could be a big problem, especially if their pay is tied to the number of laughs they produce.

A New Comedy Club Pricing Model Ties What a Customer Pays to How Much They Laugh   (2021).   From Trends and Developments. KnowThis.com.   Retrieved   August 05, 2021  from   https://www.knowthis.com/trends-developments/a-new-comedy-club-pricing-model-ties-what-a-customer-pays-to-how-much-they-laugh/