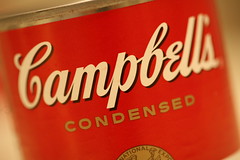 A consumer products company (CPC) that primarily sells products through retailers, often faces a difficult choice when it comes to allocating promotional funds ? use a push approach or use a pull approach. As we discuss in our Types of Promotion tutorial, promotions that are directed primarily to the final consumer (e.g., advertising, coupons) fall under the category of pull promotions since these are intended to capture the attention of those who will be the ultimate users of the product. By doing this, a CPC hopes to generate demand that will bring people to a store (or online). Targeting promotions directly to consumers is particular effective when a CPC is having problems getting a retailer to stock a product. The promotions are then a way to convince retailers to be ready for customers who will come looking to buy. For retailers, this may persuade them to carry a product that they did not previously carry.

An alternative to the pull promotional strategy is the push approach (e.g., product stocking incentive, discounts) where a CPC directs a large percentage of its promotional spending to the retailer rather than to the final consumer. The idea is to convince the retailer to not only carry a product but to employ extra effort to promote it to their customers. For instance, to receive a push promotion a CPC may require the retailer to carry the product and also to locate the product in a high-traffic area of a store. In doing so, the CPC expects sales opportunities will be much better than if the product was placed on a bottom shelf in the middle of a long aisle.

Now, some companies will use both methods though, in general, the bulk of promotional spending is usually directed to just one approach rather than splitting it evenly between both. Because of this, when a company shifts focus from one method to the other, there is usually an underlying reason for making this move. In most cases, this reason has to do with the ineffectiveness of the other approach and the need to try something different. Yet, major changes like this do not always work. A good example may be seen in this AdAge story. It talks about how Campbell Soup Company experienced a decline in sales despite shifting a sizeable amount of promotion from consumer-directed pull promotion to trade-directed push promotion.

It is not entirely clear why Campbell made the switch. However, the change was likely needed in order to persuade retailers to stock a number of new product offerings that were recently introduced. Now that the retailers have accepted these products, expect Campbell to again direct the majority of their promotional funds to pull spending.