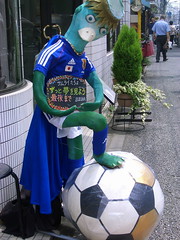 The reason major U.S. sports teams have not accepted promotional message on their uniforms is not entirely clear, though there are several reasonable arguments against it. First, sports purest point to ads leading to questions about the integrity of the game. They believe the money spent by advertisers would not just be for promoting their product but would allow them to influence the teams wearing their ads. Second, advertisers whose logo is not on uniforms but who sponsor games by showing television advertisement during games may get upset. They may not like a close-up television image of a player being celebrated for a great play only to see the player has the advertiser?s competitor on their jersey. Finally, players (and their sports agents) may have reservations with the ads on their jersey if they have endorsement deals with competitive products.

Despite these potential conflicts, it seems the major U.S. sports leagues are now willing to reconsider their ban on uniform ads. According to this story by National Public Radio (NPR), the NBA will be the first of the major leagues to allow teams to place sponsors? logos on their uniforms. Expect the other major sport to follow the NBA?s lead on this issue. Also, expect that over time, just as NASCAR is loaded with advertisers, the number of ads placed on professional athletes? uniforms will only grow.

For the sports franchise that makes deals with advertisers, this may turn out to be a highly profitable advertising outlet. It will also be something that some fans, players, agents and advertisers will not like.

Coming Soon to Your Favorite American Sports Team – Ads on Uniforms   (2022).   From Trends and Developments. KnowThis.com.   Retrieved   May 16, 2022  from   https://www.knowthis.com/trends-developments/coming-soon-to-your-favorite-american-sports-team-ads-on-uniforms/