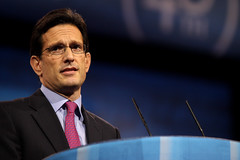 As a follow-up to our post earlier this week that focused on the critical role research plays in marketing decisions, it is equally important to understand that research should never be the only factor considered when making decisions. Why? Because, as we observe in our Marketing Research tutorial, there are risks associated with research. The risks can be considerable and exist with both secondary research and primary research.

For secondary research, which is accessing research that was previously conducted, a major risk involves not fully understanding whether the research is reliable. For example, marketers purchasing research reports need to be careful when interpreting results especially if the group producing the research is either not well known or does not describe in detail how the data was obtained.

For primary research, which marketers carry out for their own purposes by either doing it themselves or hiring a research firm, the issue is whether appropriate research methods are followed. For instance for survey research, it must be determined whether the right questions were asked and whether the right people were selected to participate.

To see how research can be risky, there are two stories this week that offer good examples. The first one deals with Tuesday’s Republican primary campaign in Virginia where a long-shot candidate, David Brat, beat a high-ranking, incumbent candidate, Eric Cantor. According to this story, Cantor’s campaign was decidedly optimistic of their election chances primarily because of polling research that was conducted for them. In fact, the story reports that research suggested Cantor had a significant lead going into Tuesday. While the reasons for the research mistake are somewhat cloudy, it would appear the voters who were polled were not fully representative of the overall population that eventually voted.

The other example discussed in this Los Angeles Times story, looks at how audience ratings of radio stations in Southern California may be way off due to poorly conducted research. The implications are significant as ratings are a key determent of what stations charge for advertising rates. The company conducting the research, Nielsen, claims it will need to recalculate the ratings, though it is not clear what exactly caused the problem. However, as with the Cantor polling error, it appears there may be an issue with the survey participants.

Examples of How Marketing Research Can Be Risky   (2021).   From Trends and Developments. KnowThis.com.   Retrieved   March 05, 2021  from   https://www.knowthis.com/trends-developments/examples-of-how-marketing-research-can-be-risky/