According to product life cycle strategy, once a product reaches the maturity stage, where sales from its originally targeted customers have peaked, it is time to think of new methods to grow sales again.? As discussed here, there are several ways to do this but for most consumer products the best method is to persuade customers to consider new uses for the product.

General Mills found this out long ago with its Chex cereal products.? Cereal is traditionally consumed as a breakfast item and, in the U.S., is mostly limited to at-home consumption.? But in the 1950s General Mills realized Chex could also serve as a snack product when it first published its Chex Mix recipe.? Today they continue to seek ways to broaden uses for Chex beyond the cereal and snack market.? They are now targeting Chex as a prepared food item for social occasions.? The story points out how promotional methods, such as online recipes and contests, are used to support the efforts to reach new markets.

The Chex recipe ?has allowed us to make it more of a social event rather than an isolated consumption occasion,? Mr. Driscoll said. ?At home you fix your own bowl of cereal but here you?re taking a bowl to a social occasion that you share with everybody.?

What techniques can companies, such as General Mills, use to learn about other uses consumers have developed for their products? 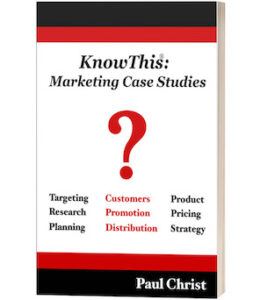