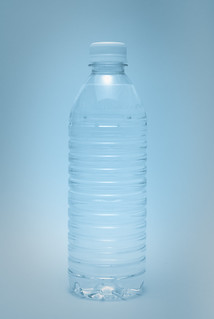 It is fairly safe to assume that almost all marketers believe the most important development in the field over the last 20 years is the role the Internet plays in transacting business. While the Internet’s significance is hard to dispute, it is a mistake to believe that marketing is all about the Internet. In reality, there are many marketing practices, some of which have been utilized for over 100 years, that have not been displaced by electronic methods. For instance, some of the most fundamental practices that work outside the Internet are those dealing with the nurturing of distribution relationships needed to get products into customers’ hands. As we discuss in our Distribution Decision tutorial, while distribution relationships can vary in terms of how binding the connection is between the partners, the creation and maintenance of these relationships is not driven by the Internet but by contractual agreements that are almost always worked out through one-on-one interpersonal contact.

However, one downside of distribution relationships is that the parties selling to the final customer may not always like what a distribution partner is requiring. And if things get really bad in the relationship between the parties, channel conflict can occur. For example, conflict can arise with disagreement on delivery methods, promotional support for selling a product, payment terms, and even product pricing.

A good example of conflict with pricing is found in this NBC News story in which a disagreement has arisen between a supplier of bottled water, Kitson Stores, and Los Angeles International Airport retailer Hudson. Apparently, despite a contractual distribution agreement, Hudson is refusing to sell the bottled water due to disagreement on the final selling pricing. Now in most cases like this, it would be logical to believe the issue is that Hudson does not want to sell the product at a price that is higher than what the supplier recommends. However, in this case, the opposite is occuring as Hudson wants to sell the bottled water at a price that is double the price Kitson charges for the same product in stores it owns in the LA area. Kitson believes this represents price gouging and is unfair to anyone purchasing the product. The conflict has resulted in Kitson filing a breach of contract lawsuit against Hudson for refusing to sell the bottled water at the suggested price. As expected, Hudson has fired back with its own lawsuit that looks to end the relationship between the two parties.

Here is Something Different, a Supplier Complains the Price of Its Product is Too High   (2021).   From Trends and Developments. KnowThis.com.   Retrieved   September 27, 2021  from   https://www.knowthis.com/trends-developments/here-is-something-different-a-supplier-complains-the-price-of-its-product-is-too-high/