Trying to Move Up From a Fast-Talking, Buy-Now Approach (New York Times) 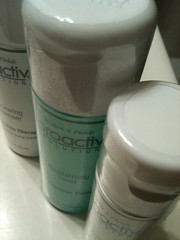 Traditionally, the marketing establishment has looked down on products sold via infomercial (a.k.a., direct response marketing) as being of lower quality than competitive products sold by well established brands.? Certainly the infomercial promotional method has much to do with crafting this perception of product quality.? Most television viewers know too well that many infomercials are more akin to high-pressure personal selling sales pitches than what many of us have come to accept as television advertising.? And this belief is fueled by the fact that few products that first entered our consciousness through infomercials have eventually transitioned to a traditional brand advertising strategy.

But that may be changing, as described in this story.? Guthy-Renker, a direct response marketer with a long track record for successful marketing via infomercials, is now trying to bridge this divide by marketing one of its infomercial successes through a traditional advertising strategy.

The product being advertised is Proactiv, an acne product that can?t be missed on weekend cable stations where it is heavily promoted.? Guthy-Renker is advertising the product through several media outlets including spots on popular network television programs.? The approach is new ground for this company and for the direct response industry.

The Proactiv campaign, which got under way last week, is being created with the help of an advertising agency, named Eleven, which is based in San Francisco. The campaign includes television commercials, magazine ads, billboards, signs and online ads, and they all resemble pitches for blue-chip brands in the skin care category.

What other direct response products are suitable candidates for following a traditional advertising approach?