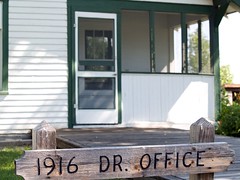 At one time, the field of pharmaceutical sales was booming. Entry-level sales opportunities were plentiful as the industry contained a large number of firms who needed help spreading the word about their products. As we note in our Types of Selling Roles tutorial, most salespeople engaged in drug sales fall under the category of missionary sales.  This type of salesperson is not so much involved in taking orders as they are in talking with people (mostly doctors) who can influence someone else to make a purchase. The best example of this being when a doctor writes a prescription for a patient, it is the patient making the purchase and not a doctor. From the drug firm’s point of view, the key target market for their sales efforts is not the person buying the medication but the doctor who recommends the purchase.

However, in the early 2000s several developments began to change how sales occurred in this industry. One development involved U.S. Federal Government regulations that placed restrictions on what salespeople can do to gain a doctor’s attention. For instance, before government regulation, drug reps would overwhelm doctors’ offices with product samples. Dropping off samples gave reps an opportunity to speak with a doctor even if they did not have an appointment. Another development came from doctors who began enforcing new policies limiting the number of sales calls they would accept due to the large number of reps visiting their office each day.

It now appears this profession is facing another issue. As discussed in this Wall Street Journal story, pharmaceutical salespeople are now looking at a change in who they target with their sales message. Because more and more doctors are joining health care systems, such as large group practices and hospitals, decisions on drug choice is beginning to shift away from doctors and, instead, is being handled by someone in management, who may not even be a doctor. In these situations, sales reps may find that speaking with a non-doctor about a drug may be more important than speaking with a prescribing physician. But doing so may require salespeople make significant adjustments in their sales approach to appeal to health system managers. Additionally, shifting the sales message away from a large number of doctors to just a few executives likely means fewer salespeople will be needed.

In addition to discussing the implications to the industry, this story also presents several notable statistics including how employment of pharmaceutical sales reps has changed over the last 20 years; the growth of doctors employed in health systems; and the percentage of doctors agreeing to see sales reps.

Once a Thriving Profession Pharmaceutical Sales is Not What It Once Was   (2021).   From Trends and Developments. KnowThis.com.   Retrieved   March 07, 2021  from   https://www.knowthis.com/trends-developments/once-a-thriving-profession-pharmaceutical-sales-is-not-what-it-once-was/