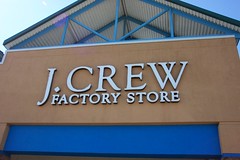 If you ask shoppers to describe outlet stores, it is pretty safe to conclude that most will say these stores sell products that are discontinued at the main retail store and are priced well off list price. They may also say that to visit such stores requires customers spend time traveling, often because outlets are located outside of major metropolitan areas.

Yet, there is more to outlets than what most people think.

As discussed in this story from Harvard Working Knowledge, outlets have been around since the 1930s. In most cases, the outlet was a single store located near a company’s headquarters or factory. They started as a way for companies to sell slightly damaged or irregular products that were viewed as not sellable in regular retail stores. Most were, and are to this day, associated with product manufacturers and, more likely, retailers who offer their own brands (though these products are often manufactured by a third party).

In the last 30 or so years, the concept of outlets has changed with the growth of outlet malls.  Companies with outlets now support multiple locations and are not necessarily selling castoff products. As the story explains, research suggests outlet stores continue to serve an important role though not necessarily the role of being a bargain basement. Instead, outlets attract a certain segment of customers who want to own the brand but may not be the primary target market for more expensive and higher margin products sold in the regular retail stores.

Thus, what we see in this story is an excellent study in market segmentation. Companies now see that outlets are not just a place to dump old products, but a location for attracting a market that would probably not come to the regular retail store.

Outlet Stores Are Not So Much About Clearing Out Product but About Market Segmentation   (2021).   From Trends and Developments. KnowThis.com.   Retrieved   June 24, 2021  from   https://www.knowthis.com/trends-developments/outlet-stores-are-not-so-much-about-clearing-out-product-but-about-market-segmentation/