When we look at the wide range of activities that fall under the area of Marketing, there are a few that sometimes lead to questions of whether these are truly part of marketing. This is often due to the perceived separation that exists within many companies. Probably the most often cited example is the personal selling function. Many companies separate Marketing and Sales within their organizational structure, even though the activities performed by salespeople are clearly part of how we define Marketing.

Another area that is often considered a separate entity is Public Relations. As we note in our Public Relations tutorial, while PR is part of the promotional mix, what PR people do is not always well understood.  The experience some have with PR is that of it is more focused on being relational rather than promotional. For instance, PR professionals are often a key link between the company and its investors, and communicate with their investors through frequent press releases. However, relationship building with investors is only a small part of what PR professionals do; they can also be very effective in carrying out promotional activity. We note many of these activities in our Types of Public Relations Tools tutorial, such as building relations with the news media in the hope of getting a favorable story written about the company.

There is also a rapidly evolving outlet for public relations that is shifting PR even more toward the promotional side. This outlet is social media. For instance, posts made to Twitter, Facebook, and Instagram are generally categorized as public relations as these postings do not require payment for placement, and the message is totally controlled by the promoting company. The same applies to videos posted on YouTube. While many company-posted videos may seem like advertisements, the condition that no payment is made for the posting would then led these to be classified as public relations.

Unlike more traditional PR outlets, social media can be a much riskier place to communicate a message. The biggest risk is that any mistake or misunderstanding that occurs can be rapidly spread and possibly result in bad PR for the promoting company. A good example can be seen in this story from ClickZ that discusses a PR problem experienced by Pizza Hut in Australia. The company posted a video on YouTube that included the name of a product (Vegemite) that is owned by Mondel?z International (formerly part of Kraft Foods). Unfortunately for Pizza Hut, the Vegemite name is trademarked by Mondel?z, which did not give Pizza Hut permission to use the name in the video. This forced Pizza Hut to pull the video but not before it caught the attention of the news media. 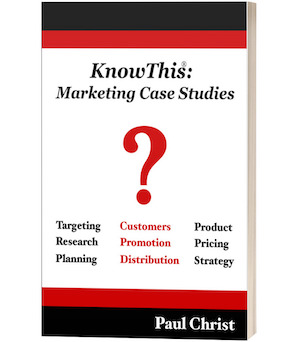 Public Relations is Becoming a Riskier Promotional Technique Thanks to Social Media   (2021).   From Trends and Developments. KnowThis.com.   Retrieved   November 26, 2021  from   https://www.knowthis.com/trends-developments/public-relations-is-becoming-a-riskier-promotional-technique-thanks-to-social-media/