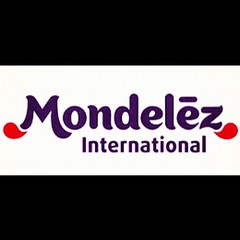 Following a long needed break to catch up on a number of projects, we are back to posting about marketing issues that are making news. ?We resume our posts by taking a look at the importance of developing good names.? As we note in our Product Decisions tutorial, selecting the name for products is a critical decision for nearly all firms. ?Among other things, an effective product name is an important element in how customers pass along information to other customers.? Yet, coming up with a name is not limited to products; developing a name for a company may also be important.

First, nearly all companies need an Internet presence including having an Internet domain name that matches the company name. ?Yet, when new companies begin the process of registering a domain name, they often find their number one choice, which for most firms is CompanyName.com, will not be available.? They may then have no alternative but to make adjustments, such as CompanyNameInc.com or CompanyName.net, if they want the name of the company in their domain name. ?The problem is that such a domain name may not be obvious to potential customers or others who are trying to locate the company, and, also more challenging for including in promotions.

The second reason company naming has become a challenge is due to the global nature of business. ?In particular, name translation can pose problems as the interpretation of the name in one language may be quite different from how it is translated into another language.

The need for careful consideration of names can be seen in this story. ?Kraft Foods, a huge conglomerate, is splitting itself into two separate companies. ?One company, which will retain the Kraft name, is primarily focusing on the North American grocery market. ?This company will continue to market such well-known brands as Velveeta and Oscar Mayer. ?The new company, which will be named Mondelez, will focus on snack food products that include such brands as Oreo, Cadbury and Ritz.

As discussed, Mondelez was mainly selected as a name that could cross international markets since nearly 80% of the company?s snack products business is outside the North American market.? However, there are some industry experts who have issues with this new name and believe it will not play as well in several major markets including Asia and Germany.? (Though it should be noted, the company name is secondary to the brand names and, thus, is really not mentioned as part of product promotion.)

?Their lawyers will have immediately eliminated 97 percent of the names they came up with because they were already taken,? Mr. Adamson said. ?Find a name is no longer a creative exercise, which is why most names today sound like they were created by a computer program. This one, in fact, almost sounds real.?

What challenges does this company face by dropping the Kraft name from the back of its packages?

The Challenge of Choosing a Company Name   (2022).   From Trends and Developments. KnowThis.com.   Retrieved   August 19, 2022  from   https://www.knowthis.com/trends-developments/the-challenge-of-choosing-a-company-name/

The Challenge of Choosing a Company Name   (2022).   From Trends and Developments. KnowThis.com.   Retrieved   August 19, 2022  from   https://www.knowthis.com/trends-developments/the-challenge-of-choosing-a-company-name/