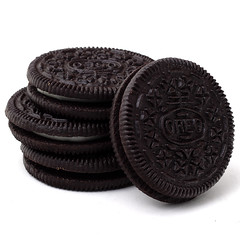 Every day it seems marketers are being confronted with more evidence signaling a change is underway in how promotion should be done, especially for consumer products. And at the heart of this change, we are seeing traditional methods of promotion, such a television and radio advertisements, newspaper coupons, product demonstrations and many others, are being displaced in favor of new digital promotions, such as social media, online advertising and mobile technologies. While traditional promotions still represent the bulk of spending on consumer product promotions, many companies now understand that what they originally thought about digital must be reevaluated.

For instance, when social media was first used by marketers, it was primarily intended to be a one-way communication tool, such as using Twitter to let followers know about a new television advertisement that they could watch on YouTube. However, as social media has evolved, marketers have learned that it can be used to stimulate conversation and, thus, become a two-way interactive form of promotion. This makes social media more like personal selling than advertising. But that is not all, marketers are now finding that actively monitoring social media can be used as a way to signal when other types of digital promotions should occur. This has led to an explosion in so-called responsive or real-time marketing, where companies look to program their promotions based on something that is happening right now, such as one of the company’s product receiving heavy social media coverage. With responsive marketing marketers may be able quickly to adjust other promotions, such as online and electronic billboard ads, to take advantage of what is being discussed in social media.

In the mobile technology arena, companies are obtaining promotional value by creating product-oriented apps downloaded by loyal customers. The apps not only serve as useful freebies for valued customers (e.g., games), they also become promotional outlets as companies target ads and special sales promotions on these apps.

A very nice example of a company that has jumped into digital marketing with both feet is found in this story from Fast Company that looks at cookie giant Oreo. Oreo’s parent company, Mondelez International, is planning to spend 50% of it U.S. advertising budget on digital promotion. The story traces the path Oreo has taken that has led to digital promotions becoming so important. The story also notes how the digital marketing area continues to evolve and how new options may be coming, suggesting marketers must not only understand what is currently available but also be ready to adjust when new options emerge.